“Every artist was first an amateur.”

By Misti Blu Day
Think about purchasing a purse. I never gave a crap about brands and just wanted something to carry my belongings. After breaking several purses every year from zippers to straps, I decided to start shelling out money for a decent purse that would last through my abuse. Shears are similar in the sense that being in this career for years or a lifetime, you want and need tools that have your back.

Hattori Hanzo Shears is one of the fastest growing companies in the industry. Blah blah blah. Who cares. What matters to me is that they are a culture and a crew and give a shit or two about us in the industry and want to see you better yourself and grow. 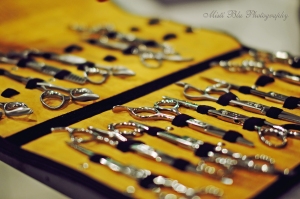 They offer a lifetime warranty and also just came out with a program called “Stay Sharp Inshearance” that protects the shears if lost, stolen or damaged beyond repair. They use a few different metals.  Molybdenum and carbon are the most popular. What I especially love is that they are all passionate about the industry and build amazing relationships with fellow stylists while providing education, which is  a high priority with this company. It is almost as if you get your own personal Hanzo human with your set of shears! They provide you a set of shears to use while they sharpen your set so that you are never without the Hanzo Force.

Do you have shitty credit? Because I do. They do not check your credit and they don’t bury you with intrest rates. In fact, their is no intrest rate! They have an easy pay online system.

I am fortunate enough to have seen Hanzo at Premiere Orlando, living here in Orlando, as well as working with Steven Lightfoot, the Artistic Directorand Technical Director of Product Development and Education for Peter Coppola. Lance from Hanzo came in and dropped off shears based on what I was currently using. I got to test drive these bad boys and was instantly in love and could not imagine giving them back their shears… So I bought them!  I am now the proud momma bear owner of the HH8-6.0: 6.0 Inch Talon and the HH14T: The Shimatta.

Many of their educators from all over the US are celebrity stylists that take the time out of their busy lives to educate stylists and share their personal knowledge on the craft. We had Elijah Mack who came from the west coast to do a class at our salon, The Big Bang Studio in Cocoa Village. 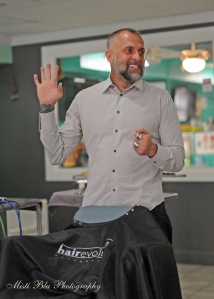 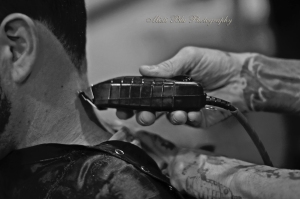 “My “4 to 1” technique is a truly progressive approach to shear over comb. I created this technique based on my extensive training with true master “traditional” barbers.

It is this technique that brought me to Hattori Hanzo Shears and my current position. I travel the country teaching this technique and it is changing the way “we” cut hair.

“We” being the key word. I see barbers and cosmetologists as one in the same. In fact I believe we should all receive one license and a separate certificate should be given for straight razor shaving that is regulated to the standards of tattooing and piercing.”
-Elijah Mack 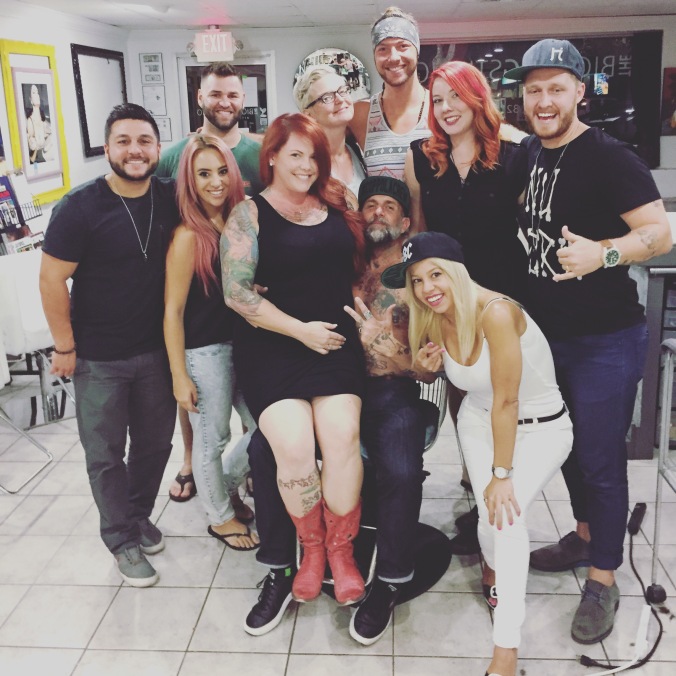 Hattori Hanzo Shears launched a non-profit organization called Support The Trade in 2010 to support the training of women in the art & science of hairdressing as an alternative to prostitution and human trafficking. They collect your old shears as donation, clean them up and sharpen them so that these women can have tools for their new future. I think it is an amazing cause and I love the fact that I am supporting a company that helps women with less fortunate opportunities and gives them hope and skills to support themselves and their families.

I donated two shears to a good cause. Pretty bad ass. I also purchased the pair of shears (The HH9T) that were the scariest to me, but now that I understand them and what they do, I can slay some domes. 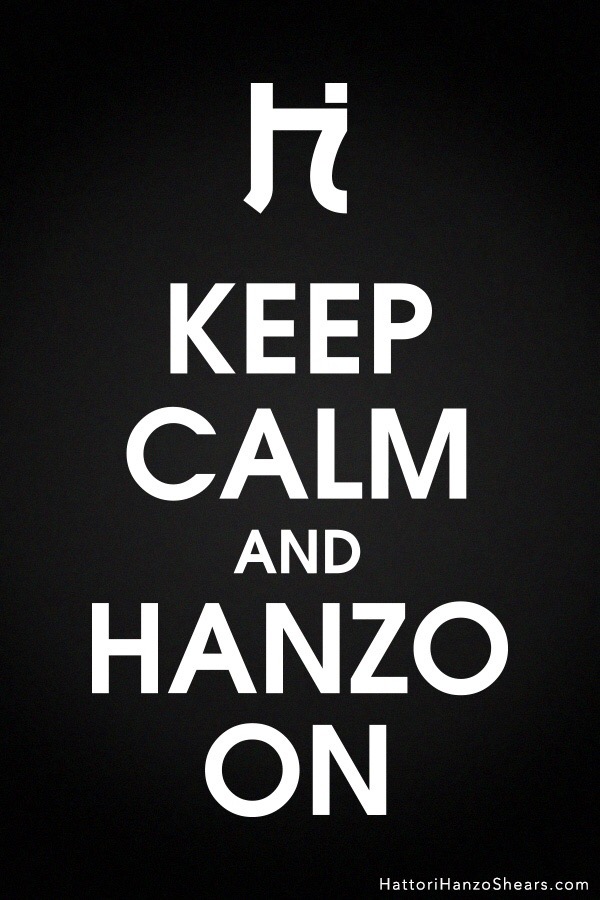